The Best of Albertina Walker Review

This collection is an installment of a series on Verity Records chronicling the careers of some of gospel's greatest and most influential modern voices; previous collections have focused on Yolanda Adams, Joe Pace & the Colorado Mass Choir, Vanessa Bell Armstrong, Thomas Whitfield, and Commissioned. Of all the stars in the gospel firmament, few have endured longer than Walker. Her personal history reads almost like the story of gospel music itself. As a young woman, she was the protégée and confidante of Mahalia Jackson. Her career spanned over four decades and 60 albums and she's received every award including Grammy, Stellar, and GMWA awards. The ten songs here are gathered from two live albums done in Memphis and Chicago and several other studio efforts. Like most great gospel singers, her songs run the gamut from knee-slapping praise explosions ("Don't Let Nobody Turn You Around") to mid-tempo, blues-drenched inspirations ("When God Dips His Love in My Heart"). Other songs like "You Believed in Me" are more conventional studio productions which are enjoyable but pack less emotional wallop. That's pretty typical, though, because the best way to experience real gospel is in the live setting, when church is in session. Walker's been lighting up the pulpits a long time and she isn't done yet. 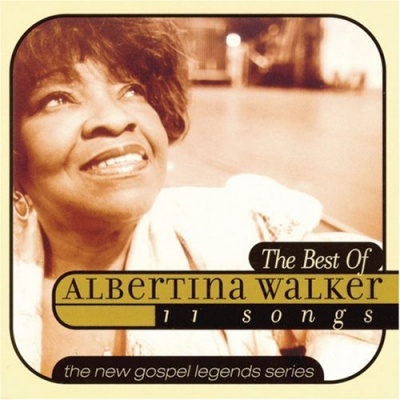