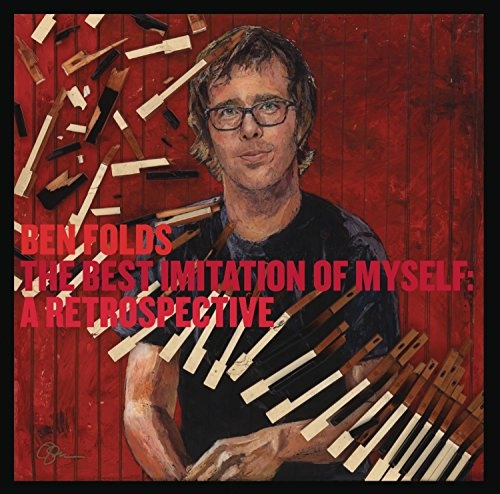 The Best Imitation of Myself: A Retrospective represents Ben Folds' first U.S. career overview. Compiled by Folds, the 18-track collection does a nice job balancing the North Carolina native’s snarky, punk-infused past with Ben Folds Five with the more accessible, ballad-heavy output of his solo career. Folds' slow dive into the mainstream, from piano-climbing college rock upstart to commercial crooner and likable (and knowledgeable) co-judge on NBC's hit a cappella singing competition series The Sing-Off, has had its hits and misses, but there’s no denying his knack for crafting instantly engaging melodies paired with lyrics that can go from heartbreakingly earnest (“Still Fighting It”) to biting and sarcastic (“Rockin’ the Suburbs”) in seconds flat. The Best Imitation of Myself may lean a bit harder on the former, but since ditching the Five, those have been the songs that have felt the truest. Still, listeners who missed out on his former incarnation will find songs like the remastered “Philosophy” and “Underground” to be the perfect entry point, while longtime fans looking for a bigger piece of bait will relish some of the alternate mixes, as well as a new Ben Folds Five cut, the newly recorded “House.” [The retrospective is also available as a three-disc edition that includes unreleased and rare home demos, studio outtakes, alternate mixes, live tracks, and two more brand new tracks by Ben Folds Five.]