The single-disc introduction to a famous composer is a type of recording that has its place in classical music -- new listeners have to start somewhere, and the staples of the classical repertory acquired their status for good reasons. Inexplicably, labels have had quite a bit of trouble delivering a good, bang-up introduction to Beethoven for the newbie. Consider this hit-or-miss collection from Sony/BMG. It starts off OK with the first movement of the Symphony No. 5, but when your car rolls to a stoplight you'll realize that it's an antiquated recording with terrible sound. Both sonically and musically, the lurch between the Symphony No. 5 and the short piano piece Für Elise (For Elise) that comes second is bizarre and unattractive -- Für Elise is a Beethoven "hit," to be sure, and there's nothing wrong with including it, but it's not typical Beethoven and it needs to be set up with other music representing the composer's lighter side. Some of the selections on the rest of the disc are odd. The Leonora Overture No. 3 is a good foot-tapping orchestral piece but hardly "essential." And the Cavatina from the String Quartet No. 13 in B flat major, Op. 130, is not on anybody's list of Beethoven works to listen to first, second, or third. It is a superhumanly calm piece that takes a lot of Beethoven listening, and a lot of living, before you even begin to get it. Other selections (Rudolf Serkin in the "Moonlight" Sonata, George Szell conducting the finale of the Symphony No. 9) are unobjectionable, but these are very old recordings, and no effort has been made to remoter them into a coherent presentation. In all, this looks like an attempt to wring a few more dollars of profit out of the dusty corners of the Sony/BMG catalog. Decca's two-disc Essential Beethoven, sold for the cost of one CD, is a better introduction to the riches of Beethoven's music. 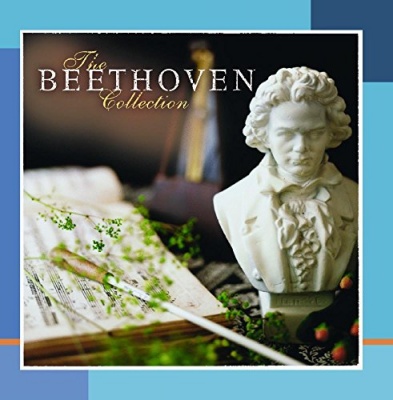