At one time, REO Speedwagon were considered hard rockers, or at least arena rockers. Over time, their harder-rocking material was forgotten, and their true talent surfaced -- namely, power ballads. Along with Journey, REO Speedwagon was one of the first groups to develop the power ballad -- the distinctive blend of anthemic melodies, slow tempos, big guitars and big hooks. They had their biggest hits with power ballads, so it makes sense that Epic would assemble a collection, appropriately titled Ballads, that contains all of them on one disc. As it happens, Ballads features all but one of their Top Ten hits ("Keep the Fire Burnin'" is the absent party), plus a pair of new songs, "Just for You" and "'Til the Rivers Run Dry." Naturally, the well-known hits ("Time for Me to Fly," "Keep on Loving You," "Can't Fight This Feeling," "Take It on the Run") dominate, especially since they're sandwiched between the two new songs on the first side. Nothing -- not the pleasant new songs, not the listenable album tracks, not the acceptable also-ran singles -- matches those songs, which sound all the stronger when they're sequenced together. Still, that doesn't make Ballads a weak listen, since the second-tier material here is among REO's best and helps elevate this collection to one of their most enjoyable albums. After all, their albums were frequently dotted with filler, and one benefit of a compilation is that it leaves the filler behind. 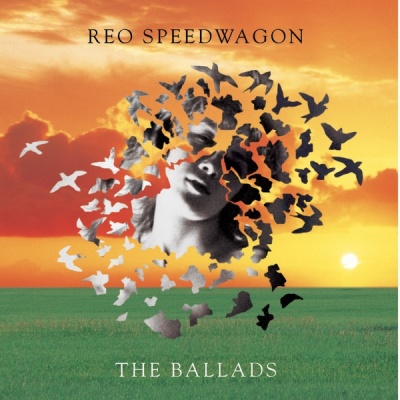