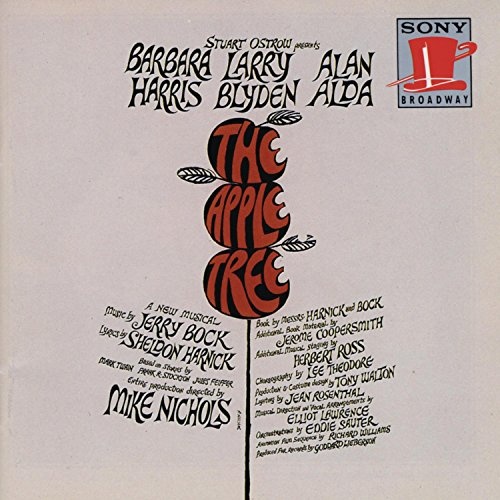 Songwriters and librettists Jerry Bock And Sheldon Harnick followed their once-in-a-lifetime success with Fiddler On The Roof by writing The Apple Tree, an experimental musical that adapted three short stories, Mark Twain's "The Diary Of Adam And Eve," Frank R. Stockton's "The Lady Or The Tiger?," and Jules Feiffer's "Passionella," each with a cast featuring Alan Alda, Barbara Harris, and Larry Blyden. There turned out to be little to tie the three tales together, although each was a love story with unconventional complications. The tone of the work varied from romantic to satiric even within each story, and the acting tended to be so precious and cloying that it was hard for the viewer (and now the listener) to have much emotional involvement. Nevertheless, a new show by the authors of the still-running Fiddler On The Roof probably couldn't have been a major flop, and The Apple Tree managed to run for over a year. The cast album reveals competent writing and particularly enthusiastic performances by Harris, though the only memorable song is "What Makes Me Love Him?," which has some of the funny, touching quality of Fiddler's "Do You Love Me?"