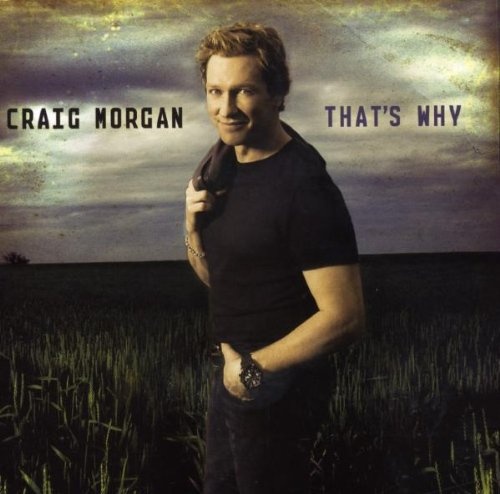 Sentimentality is Craig Morgan's specialty and he's awash in it on 2008's That's Why, his first album for BMG Nashville and first major-label effort since his 2000 debut. The extra years suit Morgan well, as he's not really a lively singer; he eases into the song, letting his cured country croon settle into the polished pop textures of his co-production. There are times where the pulse quickens on That's Why, but never does this really rock or twang, not even on the small-town rallying cry "Sticks" or on the pulsating beat of "Every Red Light." This is middle-aged country-pop for Middle America, celebrating faith, family, and country in surroundings that are slightly too slick, but Morgan's saving grace is that deep voice that adds textures to his clichés and keeps the music country when it's threatening to float into anonymous adult contemporary aural wallpaper.