Tracy Byrd seems to have a knack for recording well-penned songs that pack an emotional punch using just the right words. Ten Rounds is no exception, but don't expect Byrd to drag you down with the "tear jerkers"; there's plenty of fun on this one too. Straying away from the pop sound that was infiltrating the music coming out of Nashville at the time of this album's release, Byrd's Ten Rounds is a traditional country album, but it isn't filled with the preachiness of the staunch traditionalists. Even "A Good Way to Get on My Bad Side," Byrd's duet with fellow Beaumont, TX, native Mark Chesnutt, doesn't cut completely to the quick when the two lambaste "boy band crap." The same song hails the music of the great Rolling Stones. Byrd's power ballad delivery is present too on cuts such as "Needed" and the Spanish-flavored "Just Let Me Be in Love." Playing the philosopher on "How Much Does the World Weigh," Byrd chronicles many of life's laments, reminding you to count your blessings. As always, Byrd lets the music speak his heart in Ten Rounds, and that's probably at least part of what makes him one of country music's most stable artists. 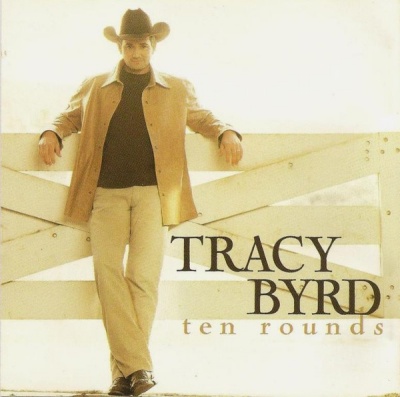