Russian pianist Arcadi Volodos has been known for high-powered Liszt performances and for gee-whiz transcriptions of works like Mozart's Rondo alla turca that seem to add an impossible collection of polyphonic lines to the music. All that could have been expected from this 2003 recording of Tchaikovsky's Piano Concerto No. 1 in B flat minor, Op. 23, was another big, powerful interpretation to join the others already out there. What Volodos, Ozawa, and the Berlin Philharmonic produced instead was something completely unexpected: a revisionist reading of the concerto and of a group of short Rachmaninov solo works to round out the album. Volodos deploys full power only sparingly, makes every note crystal clear, and finds as much emotion in the work's quiet spaces as in its big themes. Jump into the first movement and hear how the tempo varies and yet fits into larger overall arcs, with exquisite breaths being taken at the movement's section-dividing modulations. One point in favor of Volodos' delicate, sensitive reading is that it accords with the pianos that Tchaikovsky would have known, which didn't have the bruising power of a mid-20th century Steinway. Volodos uses the Rachmaninov pieces to expand on various aspects of his formidable technique, and these works too have a very nice lightness in his hands. Sony's engineering here is also unusually good; working in the Berlin Philharmonie, it brings the listener close to Volodos and gets the details of his passagework without being obnoxious about it. Strongly recommended, especially for those who think they've heard it all with this warhorse concerto. 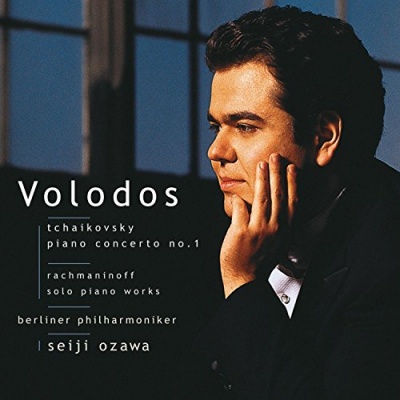