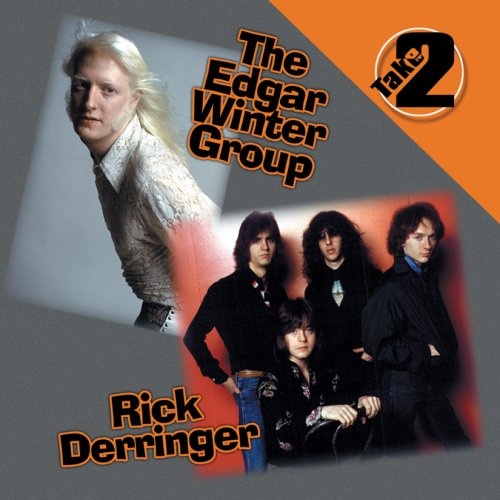 Take Two is a split CD featuring five songs each by the Edgar Winter Group and Rick Derringer. Often on a disc like this the two bands are thrown together with no real link between the two. In this case, however, Derringer played in Edgar Winter's band and produced his best records, so it makes perfect sense that the two are together. The five Winter songs include his two big hits, the number one smash "Frankenstein" and the AOR staple "Free Ride," and three other tunes that show off his easygoing vocals and rollicking piano. The Derringer cuts are all first-rate rockers. Of course "Rock & Roll, Hootchie Koo" is the best, but of the remaining four, "Teenage Love Affair" and "Let Me In" are highlights. The faux-reggae version of "Hang On Sloopy" may rub a few purists the wrong way, but it is fun. Taken together the ten tracks here are a good, low-cost way to get the best of two rock veterans who are too often overlooked.