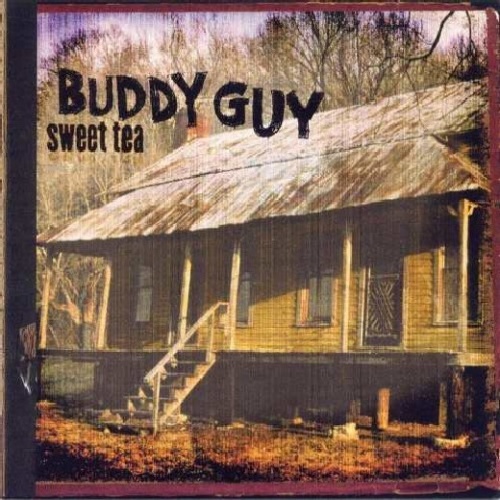 Apparently somebody took the criticisms of Buddy Guy's late-'90s Silvertone recordings to heart. They were alternately criticized for being too similar to Damn Right I Got the Blues or, as in 1998's Heavy Love, too blatant in bidding for a crossover rock audience. So, after a bit of a break, Guy returned in 2001 with Sweet Tea, an utter anomaly in his catalog. Recorded at the studio of the same name in deep Mississippi, this is a bold attempt to make a raw, pure blues album -- little reliance on familiar covers or bands, no crossover material, lots of extended jamming and spare production. That's not to say that it's without its gimmicks. In a sense, the very idea behind this record is a little gimmicky -- let's get Buddy back to the basics -- even if it's a welcome one, but that's not the problem. The problem is that the production is a bit too self-conscious in its stylized authenticity. There's too much separation, too much echo, a strangely hollow center -- it may sound rougher than nearly all contemporary blues albums, but it doesn't sound gritty, which it should. Despite this, Sweet Tea is still a welcome addition to Buddy Guy's catalog because, even with its affected production, it basically works. Playing in such an unrestricted setting loosens Buddy up, not just letting him burn on guitar, but allows him to act his age without embarrassment (check the chilling acoustic opener, "Done Got Old"). This may not showcase the showmanship of the artist live, the way Damn Right did, but it does something equally noteworthy -- it illustrates that the master bluesman still can sound vital and can still surprise.