By the end of 1999, teen pop had grown into a strangely diverse genre of its own, with each act fulfilling a different need. Britney Spears was pure, trashy fun, while Christina Aguilera was flashy and talented just like Mariah Carey. The Backstreet Boys stood above the pack with their suave sophistication and irresistible melodic charm, while 'N Sync were the Stones to the Backstreet Boys' Beatles -- a little bit of the rough and tough, not quite as melodic, but almost as charming. Into the fray arrived Jessica Simpson -- unlike some of her peers, a mere finalist for the New Mickey Mouse Club instead of a full-fledged member -- with her debut Sweet Kisses, an album that positions her as the teen Celine Dion. Sure, she delves into the frothy dance-pop that's teen pop's stock-in-trade, but the heart of her album lies in adult contemporary ballads like her breakout hit "I Wanna Love You Forever," which gives her a chance to show off the richness of her voice. She doesn't over-sing, like Aguilera occasionally does, even if she has moments where she pushes the envelope slightly -- just like her idol Dion. However, there are already indications that she's developing her own voice, since she is equally capable of delivering danceable urban R&B ("Final Heartbreak," "I've Got My Eyes on You," the Destiny's Child duet"Woman in Me") as she is mature balladry ("Faith in Me," the Nick Lachey duet "Where You Are"). Like most teen-pop albums, Sweet Kisses suffers from inconsistent material, yet the filler is well-produced and performed, making the record every bit as listenable as Aguilera's fine debut. As a matter of fact, Simpson proves with this debut that she could very well be a teen popster that could easily make the transition to adult artist -- and that puts her in a rarified league with Aguilera and the Backstreets. 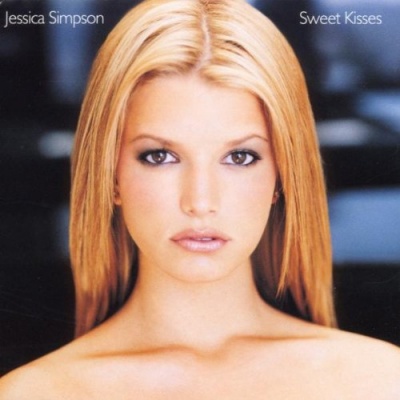