Surfacing was released as the first Lilith Fair tour hit the road, and Sarah McLachlan benefited enormously from the timing. As the organizer of Lilith Fair, McLachlan was on the cover of magazines across America and Canada, which helped Surfacing debut at number two on the U.S. charts -- a particularly remarkable feat since its predecessor, Fumbling Towards Ecstasy, peaked at number 50. All the commercial success and media hype disguised the fact that Surfacing not only didn't offer anything new from McLachlan, but it wasn't a particularly strong consolidation of her talents. That it isn't to say it's a bad record, because it certainly isn't -- there are several fine songs on the album, including the single "Building a Mystery" -- but it doesn't offer anything new, and the songs aren't as consistently captivating as they were on Fumbling Towards Ecstasy. And that suggests that even though McLachlan was at the height of her popularity, she may have begun to run out of ideas. 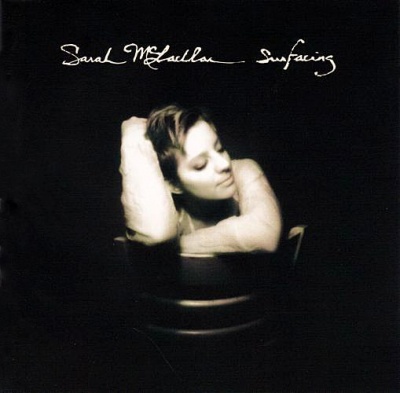