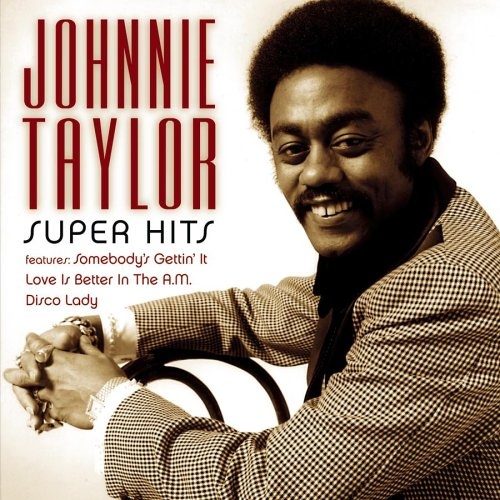 This presents the best of Johnnie Taylor's CBS recordings. While "Disco Lady" is a super hit, the rest rode the charts at more moderate heights. Muscled by the Memphis Horns and a handful of soul music's best arrangers, Taylor's CBS output was more commercial than prior releases on Stax, but not as Southern-drenched as his later recordings on Malaco Records. "Somebody's Getting It"'s lyrics are hitting and the harmonies behind Taylor's lead make it an enjoyable cut to listen to. "Running out of Lies" is the album's premiere Southern soul track, with Taylor giving his lady an infidelity speech. His "I'm Just a Shoulder to Cry On" rivals the Soul Children's original and "Play Something Pretty" features cute female vocals cooing under Taylor's strong lead. This contains both parts of "Love Is So Much Better in the A.M" and "Disco 9000," a much-criticized Taylor single that surprisingly fits in well on this tight, ten-song CD. Check out "(Ooh-Wee) She's Killing Me" for some soul yodeling. The late Johnnie Taylor's ability to transform mundane material into something special makes everything he recorded super.