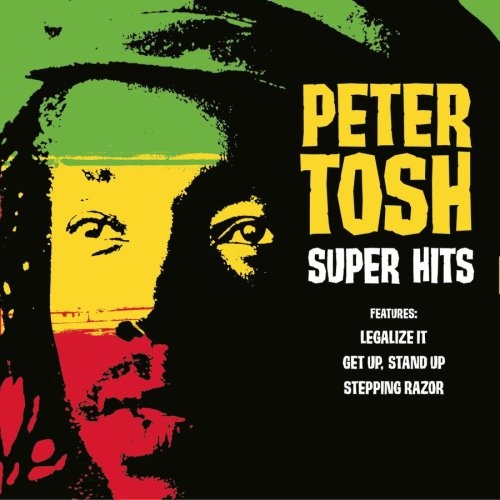 Whatever were they thinking calling this parsimonious collection Super Hits, when the set brazenly omits Peter Tosh's two actual hits -- 1978's "(You Gotta Walk) Don't Look Back" and 1981's "Johnny B. Goode," both of which broke the U.K. Top 50 and the U.S. Top 100? That takes real chutzpah. However, if one were going to come up with a ten-song list beyond that pair of heavy-hitters, this is what most selectors would choose. Of course, real fans might also want to hear the likes of "Magadog," "Ketchy Shuby," "Buk-In-Hamm Palace," "I'm the Toughest," "Reggaemylitis," and "Mama Africa." And why should they be deprived of that pleasure? The whole point of CDs is that they hold more music than vinyl, and the idea that in the 21st century fans are being subjected to the limits left behind in the 20th is just unacceptable. This Scrooge-like compilation, besides its inept title, is so obviously a ripoff that from his grave Tosh must be shouting at fans to shun it.