Six years have transpired between Sara Evans' Real Fine Place and Stronger. In the meantime, contemporary country music has undergone a tumultuous shift in terms of its production style and songwriting trends. Though her life experiences -- good and bad -- have kept her from recording, Evans reveals here she's been paying close attention. The lead-off single, "A Little Bit Stronger," cracked the Top 20 before the album was released. Co-written by Lady Antebellum's Hillary Scott, with Luke Laird and Hillary Lindsey, it was used prominently in the film Country Strong. Sonically, it's simply one nod to contemporary country's current obsession with the 1970s multi-layered pop/rock sound even when it employs "traditional" country instruments like fiddle, banjo, and pedal steel. Evans co-wrote half the set, and the rest of the songs were chosen by her and producers Graham Chapman (Taylor Swift), who helmed four tracks, veteran Tony Brown, five, and Marti Frederiksen, one. The cuts produced by Chapman are the most jarring when juxtaposed with Evans' trademark sound. Opener "Desperately" uses what has become de rigueur in the genre, the complete aping of Lindsey Buckingham's (Fleetwood Mac) guitar sound as an intro. A multi-voiced backing chorus sings in near-counterpoint before the hooky center of the melody is laid out on a wall of big guitars, clipped drums, and a banjo hovering in the backdrop threatening to overwhelm Evans' vocal. It's pure country-pop, targeted as a possible follow-up single. Likewise, "Anywhere" -- a John Mellencamp-style rocker -- walks the line between country and stadium rock with its anthemic chorus. The Brown-produced numbers, such as the single and the midtempo ballad "Life Without Losing," are more in line with what Evans has given us before: tight lyrics, an instantly friendly melody, and a harmonic affinity between the melancholy in the lyric and the band's backing. Thematically, these songs touch on life's -- and love's -- trial, survival, and celebration. The set closes with a "bluegrass version" of the title track from her 2000 album Born to Fly, but it's about as far from bluegrass as this record is from traditional country. Evans' fans, however, will eat this up as welcome return to form. However, a more critical listen will reveal this set as a concession to Nashville's ever more restrictive, formulaic studio system. 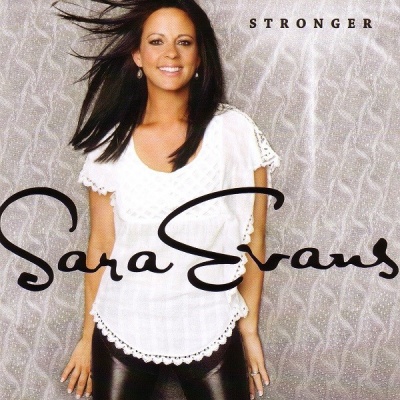