According to Christina Aguilera, the title of her second album, Stripped, refers to her emotions and not her body, but the topless photograph of her on the cover suggests otherwise. Most things about Stripped suggest sex, actually, since Xtina -- as she calls herself in a handful of interviews accompanying the release of the album -- never hesitates to put her body, her piercings, and recently liberated sexual beliefs on display throughout her hyper-sexual, convoluted sophomore effort. Like any diva, Christina believes her trials and tribulations are inherently more fascinating than anybody else's and, like any diva, she has an inflated sense of self-importance, defiantly strutting on the "Stripped Intro" that she's "sorry you can't define me/sorry I break the mold." What she's referring to is anybody's guess, since she hasn't exactly defied expectations since her last album -- releasing a Christmas album and a Spanish-language record of your debut ain't exactly breaking the mold: it is the mold. Plus, Stripped clearly has its origins in the sound of two of Christina's teen pop contemporaries -- the teasing sexiness of Britney Spears and the wonderful, gonzo dance-rock confessionals of P!nk, who truly did break the mold with M!ssundaztood. Since Aguilera spent so much time working on the album, tearing through a seemingly countless number of producers, she seems desperate to not just catch-up with these two, but surpass them in sex and confessions, breaking it down so they become the same thing, while adding a strong hip-hop undercurrent throughout all the songs. And the end result is utterly bizarre, surpassing Mariah Carey's Glitter as the modern-day standard for musical immolation while rivaling The Teaches of Peaches in its sheer carnality. Where Peaches is always in control of her sexuality, using it as a weapon and a joke in equal measures, Christina is overwhelmed by the reaction of others to her sexuality, putting it on equal ground with her voice, which remains a remarkably powerful instrument, especially since she's toned down the scale-running histrionics from her debut. If she's mastered her vocals, she's still desperately searching for her artistic voice, placing too much emphasis on club and street-level R&B, which fit her poorly (why "Dirrty," a non-song that requires less range, over the slinky sexiness of "I'm a Slave 4 U," the first single?), when she needs full-blown songs. There are some here, though, most notably the Linda Perry collaboration "Beautiful," which was rush-released as a second single, but the ceaseless 70-minute running time and seemingly endless 20 songs mean that individual moments are lost and the big picture remains. And that big picture is that of an artist who has grown up too fast, while the sound is that of an artist who's given too much freedom too early and hasn't yet figured out what to do with it. 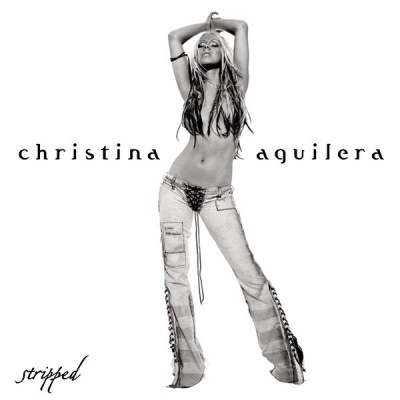