Arriving after the twin peaks of Blood on the Tracks and Desire, Street Legal seemed like a disappointment upon its 1978 release, and it still seems a little subpar years after its release. Perhaps that's because Bob Dylan was uncertain himself, not just writing a set of songs with no connecting themes, but replacing the sprawl of the Rolling Thunder Revue with a slick, professional big band, featuring a horn section and several backing vocalists. The interesting thing about this is that the music and slick production don't jibe with the songs, which are as dense as anything Dylan had written since before his motorcycle accident. So, Street Legal becomes an interesting dichotomy, filled with songs that deserve close attention but recorded in arrangements that discourage such listening. As such, Street Legal is fascinating just for that reason -- in another setting, these are songs that would have been hailed as near-masterpieces, but covered in gloss, they seem strange. Consequently, it's not surprising that there are factions of Dylanphiles that find this worth the time, while just as many consider it a missed opportunity. 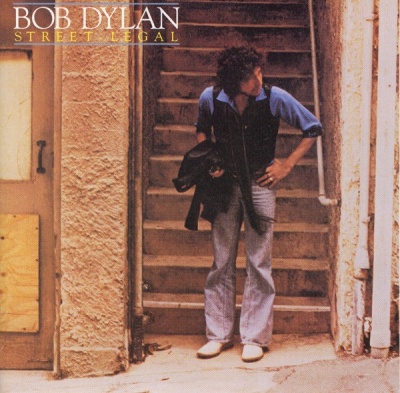