Strata garnered their share of label interest from the beginning, as the San Jose combo's post-grunge sound is quite comparable to past Cali scene successes like Trapt or Hoobastank. They eventually signed with Wind-Up, and have issued this self-titled debut. Throughout, Eric Victorino's vocals are capable of both gutsy soar and tear-choking flutter, while his mates are adept at putting a melodic face on Tool. The vague claustrophobia of Radiohead surfaces here, too, but it's usually channeled through peels of Deftones-ish distortion, ultra-clean splash cymbal drumming, and gimmicky processed vocals. (Screams seem broadcast on AM; Strata likes layering meaningful whispers underneath the main vocal.) Opener "Piece By Piece" follows this template, as do "Never There" and "You Are Eternal." Longtime Strata fans will recognize quite a bit of the material on this release, as tracks like "The Panic," "We've Changed," "Today," and "When It's All Burning" have been re-recorded from previous demos or Internet releases. And Wind-Up was nice enough to let their new signees produce their own record, even if there's a lengthy list of additional knob-twiddlers and engineers. The result is a capable slice of post-grunge rock. It's furiously midtempo, occasionally hooky, and full of punctuating drum fills and guitars that shift from pensive to powerful at the click of a foot pedal. If you like that sort of thing, and the success of Hoobastank proves many do, then Strata just might be your next crush. Buy a band-branded wristband from the enclosed merch card, and show your love. 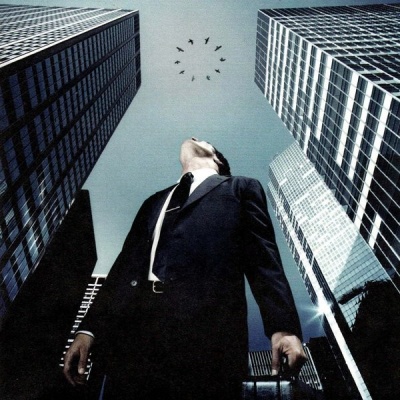