E.S.T.'s second U.S. outing offers palatable, often lively acoustic jazz with tantalizing electronic flourishes. It's similar in thrust to the trio's 2001 U.S. debut, Somewhere Else Before, but not as strong melodically. Still, leader/pianist Esbjörn Svensson, bassist Daniel Berglund, and drummer Magnus Öström deliver some heated improvisational exchanges, particularly later in the program on the speedy, almost Mehldau-esque "When God Created the Coffee Break" and the post-bop boogaloo blues "Spunky Sprawl." The trio loses their focus at times, like on the overly long "Behind the Yashmak" and the strangely inert "Serenade for the Renegade." But at their best, E.S.T. displays an alluring lyricism and a subtle, creative use of processed sounds. Öström's drum parts, too, are well-crafted and contemporary. (There's a hidden track at the end, and like the one on Somewhere Else Before, it's a bit out of character.) 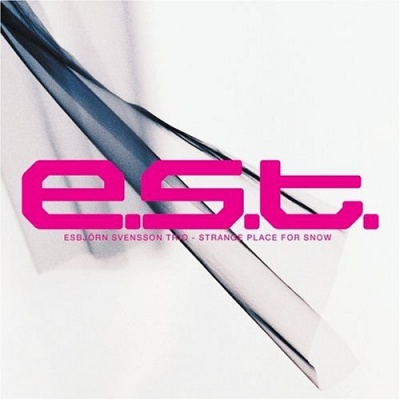