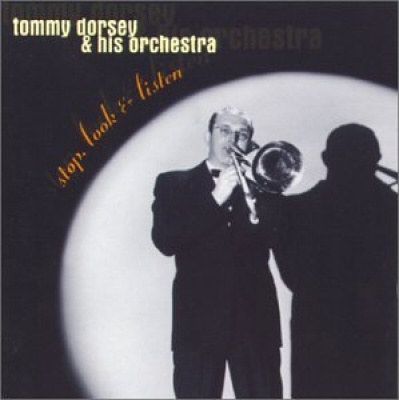 Having remastered everything that Tommy Dorsey and His Orchestra ever cut with Frank Sinatra, BMG now turns its attention to Dorsey's pre-Sinatra catalog, more or less doing with Dorsey's late-'30s catalog what the two-CD Essential Glenn Miller did with Miller's output of hits. The 21 tracks here have been remastered very carefully using the CEDAR system, which run circles around any previous collections of Dorsey's work. The range of sounds among these 64 minutes of music is impressive, from hot swing like Lew Pollack's "That's a Plenty" and jazzed classics like "Mendelssohn's Spring Song" and "Song of India" (from Rimsky-Korsakov) to smooth pop like "After You've Gone," with lots of room in between for hot dance numbers ("Keepin' Out of Mischief Now") and future pop standards (including Irving Berlin's "Marie," sung by Jack Leonard). Regardless of the music, whether pop or jazz, the playing is impeccable -- the singing by Edythe Wright on "The Goona Goo," is forgettable, but there are only three vocal numbers here. It's still not easy to pick out the sound of the rhythm guitar, but boy does the bass bounce here, and the reeds, trumpets (Bunny Berigan excels throughout), and trombones are radiant in their clarity. Berigan's solos of "Song of India" and "Marie" are worth the price of this disc. The notes are a bit of a puzzle, presented as a quotes from opposed legal-style briefs, alternately attacking and defending Dorsey's jazz credentials.