Barbra Streisand scored her second Top Ten hit in early 1971 by treating Laura Nyro's recording of her song "Stoney End" as a demo and copying it practically note for note. "Mama, let me start all over," she sang, and her wish was granted. The followup album of the same title was, in its own way, as surprising as Streisand's debut album eight years earlier. Where that record had redefined the role of the traditional pop singer in contemporary terms for the early '60s, Stoney End redefined Streisand as an effective pop/rock singer, which her last outing, What About Today?, had failed to do. Maybe she listened as closely to Nyro and Joni Mitchell as she had to Ethel Merman and Judy Garland a decade earlier, but somehow she re-oriented her approach to music, adapting herself to vocal demands that were very different in terms of dynamics, expressiveness, and especially rhythm from the traditional pop and theater music she had sung previously. Producer Richard Perry may have eased the transition by using sessionmen like Randy Newman, who played piano on two of his own compositions and who bridged the worlds of show tunes and rock. But Streisand herself found something to identify with in songs like Gordon Lightfoot's "If You Could Read My Mind" (maybe that passage about the movie queen) and Mitchell's "I Don't Know Where I Stand." Stoney End was not a perfect album -- the reliance on minor Brill Building material and two more Nyro copies kept it from classic status -- but it was so far removed from what Streisand's fans and her detractors thought her capable of that it stands as one of her major triumphs. It was also her biggest seller in four years and launched the comeback that saw her through the '70s. 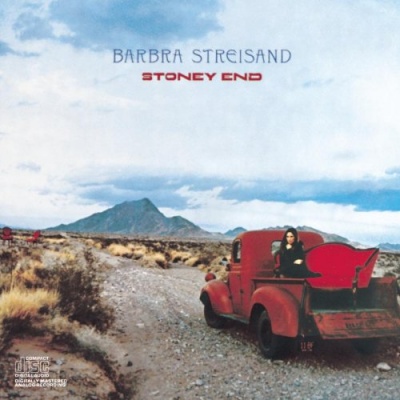