As the fourth album Loretta Lynn released on Sony/Legacy, Still Woman Enough feels familiar enough in tone and aesthetic that it may take a minute to realize the record's concept: it's a collection of songs that celebrates women in country music. Lynn is positioned squarely in the middle of this continuum, as she revives her old hits "One's on the Way" and "You Ain't Woman Enough" with Margo Price and Tanya Tucker, respectively, making a nod to two different generations of Loretta disciples, then nods at her predecessors by covering "Keep on the Sunny Side," the signature song of the Carter Family. The theme isn't seamless -- it's unclear how Hank Williams' "I Saw the Light" fits into the concept -- yet the musical execution is. Drawing from the same sessions masterminded by producers Patsy Lynn Russell and John Carter Cash that provided the source material for Full Circle, White Christmas Blue, and Wouldn't It Be Great, Still Woman Enough sounds spare, nimble, and clean -- proudly traditional in its form and relaxed in its delivery. If the format doesn't seem as fresh as it did back in 2016, when Full Circle was the first record released from the sessions, that's only due to it being the fourth in a series of albums. On its own merits, Still Woman Enough is strong and vibrant, a testament to Lynn's enduring gifts and place in the firmament of 20th century country music. 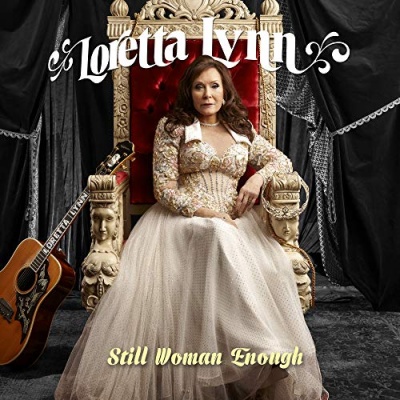