Stephen Sondheim: The Story So Far is a four-CD box set of 82 recordings of music by the Broadway songwriter, with a running time just under five hours. It is far from the first compilation of Sondheim's work, or even the first box set, but it follows a pattern in such compilations and in box sets in general, in that the selection seems aimed at two different classes of potential purchasers, those general fans looking for a single omnibus collection of the best or most popular of an artist's efforts, and the aficionados primarily interested in rarities. Despite his renown, particularly among musical theater buffs, and a mantelpiece straining with Tony, Grammy, and Academy Awards, Sondheim does not have a slew of "hits," as in, songs that have made the Top 40. Among his early efforts as a lyricist only, West Side Story (with music by Leonard Bernstein) generated such hits as "Somewhere" and "Tonight," and Johnny Mathis' recording of "Small World" from Gypsy (with music by Jule Styne) made the Top 20. Since then, only "Send in the Clowns" from A Little Night Music produced a Top 40 hit for Judy Collins in 1975. Sondheim tends to downplay his lyrical collaborations, and they are typically underrepresented here, with only "Tonight" included. "Send in the Clowns" appears in the recording from the original Broadway cast album of A Little Night Music, sung by Glynis Johns, for whom it was written. Of course, fans have their favorites among Sondheim's large catalog, and his songs have been extensively performed and recorded outside their shows. But, like its many predecessors, this sampler of his work leaves out many of those favorites. Basically, its first three discs trace his career in the musical theater from 1957's West Side Story to a 2004 revised version of the 1974 musical The Frogs. Usually, two or three songs (not necessarily the best-known) from a show are excerpted, accompanied by songs cut from the scores, often performed in informal demonstration recordings, many of those by the composer himself. The fourth disc is given over almost entirely to obscurities, including music written for films. Thus, of 82 tracks, 33 are previously unreleased and 13 are sung by Sondheim himself. That's a selection and a proportion of rarities that will delight Sondheim fans, who may only wish the set was all rarities. For others, the collection may be more problematic, but then they are less likely to want to fork over the money for a box like this in the first place. Certainly, anyone encountering this music without previous knowledge would be amazed by its variety, from old-time show music to approximations of traditional Japanese music, with a lot of Western classical references thrown in, along with the consistently sparkling wit and seemingly endless verbal facility of the lyrics. And, if nothing else, the album boasts performances by a bevy of star performers including Carol Burnett, Barbara Cook, Hermione Gingold, Nathan Lane, Angela Lansbury, Patti LuPone, Madonna, Ethel Merman, Liza Minnelli, Zero Mostel, Mandy Patinkin, Anthony Perkins, Bernadette Peters, Jane Powell, Lee Remick, Chita Rivera, Elaine Stritch, and Mel Tormé. All are given powerful material to interpret. At the end, one may only ask what, if this is, as the producers say, only "the story so far," they expect still to come from the songwriter, who was 78 years old on the day this album was released. Even given that one of the set's final songs is called "More," what is here seems like more than enough already, even if it is less than what it could have been. 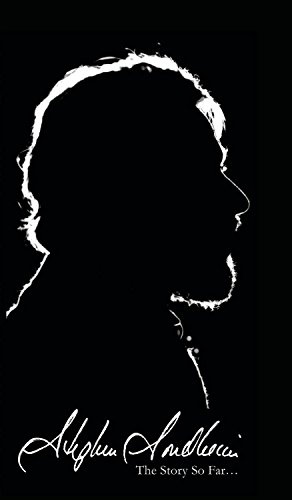