There was once a time when one could easily identify the roots of country music. English, German, French, Irish, and even African-American influences came together to create this genre. Charlie Robison and his music reflect that time, but he is in no way merely referencing a purer time. He has learned lessons from his ancestors and has truly made his own sound. His rugged good looks and obvious intelligence could easily make him a poster boy for alternative country, but a deeper listen to his third release Step Right Up will reveal much more than a pretty face. The lyrics range from tender to biting to brutal and are delivered with an honesty and wit lost throughout today's country charts. Songs about murder, robbery, and stale love capture the imagination of the listener while always being thoughtful and compassionate. Robison collected a large and varied group of musicians to make this record. Notables include his brother Bruce Robison who contributes his words and his voice, session legend Jim Lauderdale who sings backing vocals, and Robinson's wife Emily Robison (Dixie Chicks) who plays banjo on several tracks. Robison is telling stories in his songs more than he is conveying feelings or desires. This too is a lost tradition from what was country music. "Desperate Times" chronicles the life of a lost Texas youth, and "John O'Reilly" oozes Irish influence with the story of an immigrant in Depression-era America. The album also includes a funny yet sadly true duet with Dixie Chick Natalie Maines called "The Wedding Song." Ultimately, Charlie Robison's Step Right Up demonstrates that sometimes an alternative is where it started in the beginning. 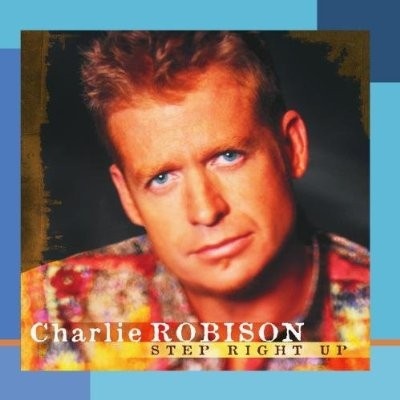