Signing to Arista might have seemed an unusual move to start with, getting produced by L.A. studio types like Waddy Wachtel even more so. But for the Church the rewards were great -- if sometimes too clean around the corners in comparison to the song-for-song masterpiece Heyday, Starfish set up the band's well-deserved breakthrough in the States. The reason was "Under the Milky Way," still one of the most haunting and elegant songs ever to make the Top 40. As Kilbey details a lyric of emotional distance and atmosphere, the band executes a quietly beautiful -- and as is so often the case with the Church, astonishingly well-arranged -- song, with mock bagpipes swirling through the mix for extra effect. That wasn't the only strong point on an album with more than a few; the lead-off track "Destination" was as strong an album opener as "Myrrh," if slower paced and much more mysterious, piano blending through the song's steady pace. The rest of the first side has its share of highlights, such as the quietly threatening edge of "Blood Money" and the confident, restrained charge of "North, South, East and West." Willson-Piper gets to lead off the second side with "Spark," a vicious, tight rocker that captures some of the best '60s rock edge and gives it a smart update. Equally strong is Kilbey's "Reptile," with an appropriately snaky guitar line and rhythm punch offset against weirdly soothing keyboards. Koppes has an okay vocal to his credit on "A New Season," but the stronger tracks are Kilbey's other contributions, the strong guitar waltz of "Antenna" (with great guest mandolin from David Lindley) and the closing charge (and very Church-like title) of "Hotel Womb." Performances throughout are at the least fine and at the most fantastic. 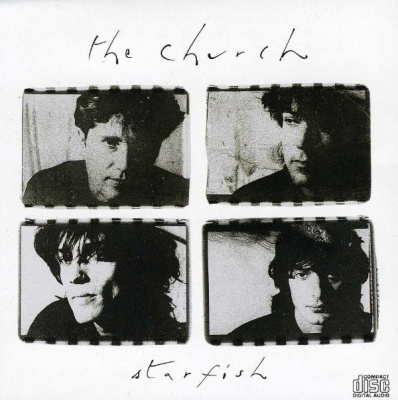