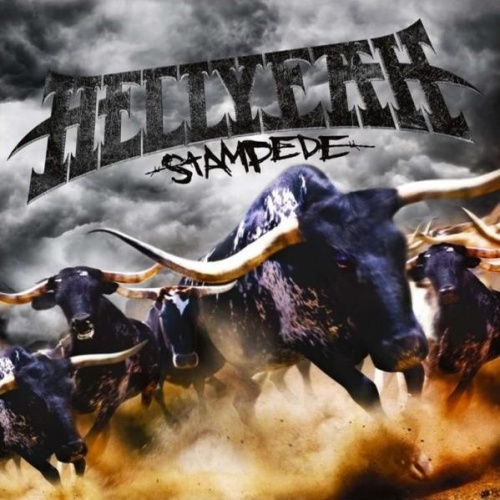 Bringing together members of Damageplan, Pantera, Nothingface, and Mudvayne, Hellyeah are as close to a groove metal supergroup as the world has seen since Down. Given Hellyeah's pedigree, it comes as no surprise that their second album, Stampede, is an almost nonstop cavalcade of huge, slithering groove riffage. While the album lets a couple of ballads slip through the cracks by way of “Better Man” and “Hell of a Time,” Hellyeah do their best to stick to what they do best, delivering track after track of fist-pumping, down-and-dirty metal in the grand Southern tradition. It’s this simplicity that makes Stampede an ultimately fun record. There are no chin-stroking prog arrangements to puzzle over, knotty guitar acrobatics or deep lyrics to dissect -- just pure and simple old-school heavy metal aggression without pretension. Hellyeah’s membership is seasoned enough that they know exactly what they’re doing when they deliver mosh pit anthems like “It’s On!” and “Stampede,” odes to aggression guaranteed to work a crowd into a frenzy of rebellious aggression with their thunderous, detuned guitars and furious drumming (courtesy of former Pantera drummer Vinnie Paul). As long as you know what you’re getting into, Stampede is a great piece of heavy metal escapism that invites the listener to throw on a sleeveless T-shirt, drink a beer or twenty, and simply enjoy the ride.