The truest test of Simon Cowell's power within the music industry circa 2008 was not whether American Idol could produce a star in its seventh season or if its U.K. cousin, The X Factor, would have another success in its fifth season -- it was whether he could turn Leona Lewis into the international superstar he so clearly believed she is. Lewis was the third winner of The X Factor -- the Cowell-driven replacement to Pop Idol in Britain, a replacement that came to be because he wanted to own a significant piece of the show -- and one of the key differences between Factor and Idol is that the judges can mentor the contestants and therefore have a stake in the outcome of the show, more than they do on Idol, where the judges merely comment. Rightly impressed by Lewis' multi-octave voice -- reminiscent of a warmer, earthbound Mariah Carey -- Cowell continued his mentorship after the conclusion of the show, making her the first contestant in the whole Idol/Factor enterprise that he personally shepherded through the major-label process. He struck a deal with Clive Davis -- the executive producer behind all the American Idol projects, the producer who publicly bristled when Kelly Clarkson tried to take control of her career through her original compositions -- and the two launched a grand plan to break Lewis in her native U.K. first, then slowly roll her out in the U.S. a few months later, via an appearance on Oprah and a slightly re-sequenced and remixed version of her debut, Spirit.

That U.S. version drops the bonus track of Leona's version of "A Moment Like This," her first hit single that is not so coincidentally a cover of Kelly's first big single. If Kelly became a thorn in Davis' side, Leona Lewis seems happy, even eager, to play the major-label game, singing anything that comes her way, never lodging a complaint when she has to cut a couple R&B-flavored tracks to appeal to the American market. These tunes -- "Misses Glass" and "Forgive Me" -- are just slightly glitzier than the rest of Spirit, surely bearing heavier rhythms but not to the extent that the beats obscure Lewis' voice, as the whole point of Spirit is to showcase her singing, particularly those high glory notes that are all the rage on Idol/Factor. Unlike most Idol/Factor alumni, Lewis can hit those big notes but make it seem easy, never straining her voice and building nicely to the climax. Unlike most divas, there is a human quality to her voice, as she's singing to the song, not singing to her voice. Then again, this was also true of Mariah Carey on her 1990 debut, which Spirit greatly resembles in how the handful of R&B-oriented songs camouflages how this is almost entirely a stuffy middle-of-the-road pop record. Not only that, but Spirit is so old-fashioned it sounds as if it could have been released in 1990 and compete with Carey's debut for the top of the charts; her first single, "Bleeding Love," opens with a crawling organ that recalls the muted gospel of "Vision of Love," even if the skin-crawling lyric "you cut me open and I keep bleeding love" wouldn't have suited the Top 40 in 1990.

That stultifying adult contemporary atmosphere may makes Spirit stilted, but it's also as savvy a move as you could expect from Cowell: ever since Mariah long ago abandoned AC for the clubs, there has been a gaping need for a vocalist like Leona Lewis, a singer who can belt it out but is safe and tame, having no interest in the perks of stardom that exist beyond the stage. And boy is Leona Lewis ever that -- she is blessed with a terrific voice but very little on-record personality, something the very professional, very inoffensive tunes emphasize. Thanks to this collection of calculatingly commercial tracks -- tunes crafted to appeal to everyone yet no one in particular -- Lewis merely comes across as the most talented and most willing singer to ever play Cowell's game, so no wonder he loves her. But this also points out the big difference between how Cowell has taken Leona Lewis under her wing and how Tommy Mottola watched over Mariah. Mottola married Carey, having both an emotional and financial stake in her career, but those mixed emotions helped obscure the machinery that drove her career. Cowell is only in it for the cash with Lewis, so the machinations are too apparent on this otherwise appealing debut. And that's too bad, because Spirit surely reveals a singer who has a richer tonal quality than any diva to come along in the past 15 years or so -- if she had gotten the tunes to match her voice, this would have been a killer record in addition to the international blockbuster that it was so carefully crafted to be. 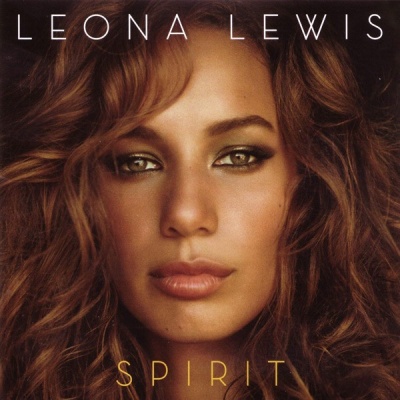