On "Good Enough," a track from his debut solo album, Spin, former Savage Garden singer Darren Hayes confesses that he sometimes dances to the music of Britney Spears and that he loves everything Steven Spielberg has ever done. These are not surprising admissions. Savage Garden sold millions of records by keeping up with the latest trends in pop and turning out a series of unabashed romantic ballads starting with "Truly Madly Deeply"; on his own, Hayes proposes to do exactly the same thing. To that end he has employed Walter Afanasieff -- who previously worked with Savage Garden and has handled recordings by such mass pop acts as Mariah Carey and Celine Dion -- to produce, arrange, and, as he acknowledges in his extensive thank yous, play nearly all the instruments on the album, while also co-writing five of the 12 songs. Much of Afanasieff's playing is, in fact, programming; there are few real musical instruments to be heard on the disc. As usual, the commercially minded producer has kept up with trends in pop and his music is reminiscent of the sounds that have been at the top of the charts in the early 2000s, especially in the music of Spears, Backstreet Boys, and *NSync. Dance tracks like "Heart Attack" and "I Miss You" might as well be the work of such peers. Of course, this is not to say that Hayes and Afanasieff have forgotten Savage Garden's bread-and-butter concern, the big ballad. "Insatiable," the first single, is intended to have the same kind of run on the adult contemporary charts that the Savage Garden hits did, and "I Can't Ever Get Enough of You" is waiting in the wings. Just about everything about this record is contrived and synthetic, but that won't keep it from selling. 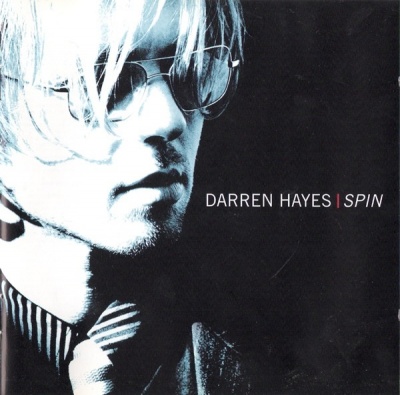