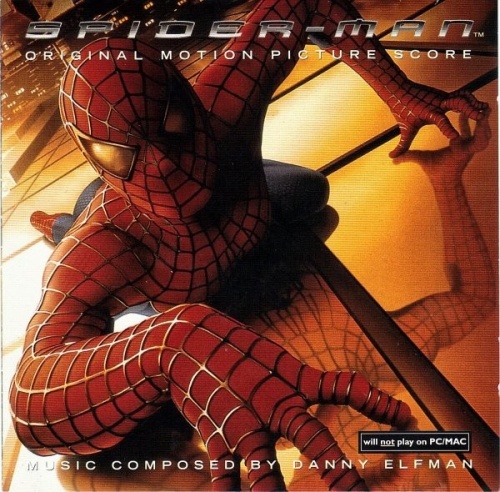 Criticized by some as being merely functional, Danny Elfman's intricate, propulsive music for Spider-Man delivers a richly detailed soundscape that proves even more intricate with repeat listenings. Elfman's brief motifs for Peter Parker and the Green Goblin propel the score, dancing around each other as the album progresses. Punctuated throughout with pulsing, rhythmic undertones, the action sequences bristle with energy, from the driving percussion and electric guitars of "Costume Montage" to the sheer orchestral fireworks of "Final Confrontation." While Elfman's music for the romantic aspects of the story gets short shrift on this CD, a decent balance is maintained, creating an album that's heavier on the action material without being overburdened. Elfman created a score that works perfectly in the film and also gets a strong presentation on disc. Avoid the dreadful "songs from and inspired by" soundtrack CD; Elfman's album of spider-music really scores.