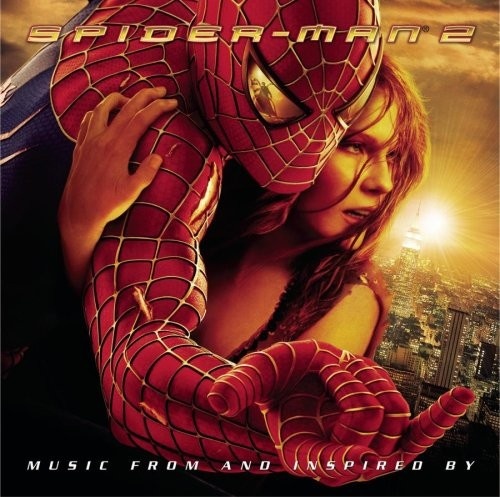 Despite the fact that the waters have been tested -- the Spider-Man franchise and all of its merchandise have exceeded its studio's investment -- the producers of the soundtrack for Spider-Man 2 feel no inclination to refrain from compiling another whiny set of hard rock cinder blocks that fall easily into the nebulous abyss of pop culture. This time around, emo crooners Dashboard Confessional work through Peter Parker's superhero angst on the adequate rocker "Vindicated," and Train replace fellow MTV seniors Nickelback as the chartbound "Spidey" cheerleaders with the appropriately titled "Ordinary." From then on it's mopey modern rock with poignant introductions that explode into guitar-driven bridges that in turn morph into large anthemic choruses filled with Pro Tools wonder. The only artists who seem to get Spider-Man are Australian garage rockers Jet and Ours vocalist Jimmy Gnecco, as both contribute songs that portray their hero in a more whimsical light, opting for memorable melodies and genuine emotion over the ranting of spiteful -- for no good reason -- automatons like Lostprophets and Taking Back Sunday. All of this carnage makes Danny Elfman's schizophrenic score sound positively groundbreaking, when in reality it's as forgettable as the rest of the collection.