Hooking up with Dixie Chicks producer Blake Chancey and with producer Dann Huff, Billy Ray Cyrus made a label debut that showed off his country-rock abilities well. The single, "You Won't Be Lonely Now," which was rising in the country Top 40 and the pop charts at the time of the album's release, properly displayed the artist's sense of determination against adversity, cloaked in the terms of a love song. Similarly, the title song (co-written by Cyrus), which followed on the album, spoke of perseverance despite lean times. The rest of the record was more varied, including heartfelt ballads ("I Will," "Everywhere I Wanna Be") and up-tempo novelties ("Burn Down the Trailer Park," "Hey Elvis"), but the point had been made. Chancey and Huff helped Cyrus pick material that suited his country-rock style. "Southern Rain," for example, sounded like Bob Dylan's "Knockin' on Heaven's Door" as it might sound played by Lynyrd Skynyrd, while "Love You Back" recalled Little Feat's "Willin'." The result was a sturdy collection of average country songs effectively performed by a minor country talent. All of which was fine, unless you were hoping for an album that measured up to Cyrus' early sales figures, which, of course, Monument was. 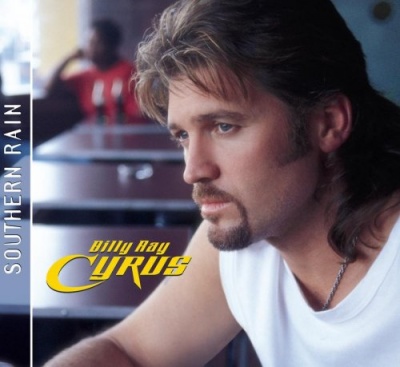