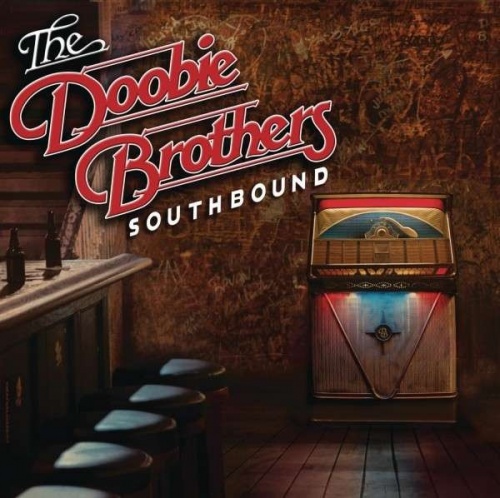 A throwback to the golden age of star-studded tributes, the Doobie Brothers' 2014 Southbound essentially follows the same playbook as the Beach Boys' 1996 album Stars and Stripes, Vol. 1: team up a classic rock band with a bunch of contemporary country stars to sing the hits everybody knows and loves. Where Stars and Stripes, Vol. 1 was an uneasy fit -- the Beach Boys are many things but a country band is not one of them -- Southbound feels smooth and natural, possibly because nobody involved dared to mess much with the original arrangements, a move that underscores how this is very much a record where singers are sitting in with the Doobies and not the other way around. Whenever there's a flash of modernization, it is minimal, as on the light decorative rhythmic loops and mandolin samples on "Listen to the Music," where Blake Shelton takes co-lead with Tom Johnston as Hunter Hayes lays down some beefy guitar. Johnston and Patrick Simmons dominate Southbound because their songs lend themselves better to country singers; they're either driving rockers or backwoods-inflected boogie, settings that are comfortable for neo-jam bands (Zac Brown Band, "Black Water"), swaggering cowboys (Toby Keith, "Long Train Runnin'" and Chris Young, "China Grove"), modern-day strummers (Jerrod Niemann, "South City Midnight Lady"), and arena country heroes (Brad Paisley, "Rockin' Down the Highway"). That said, the three Michael McDonald tunes -- "What a Fool Believes" (Sara Evans), "Takin' It to the Streets" (Love and Theft), "You Belong to Me" (Amanda Sudano Ramirez, featuring Vince Gill on guitar) -- all feel at home because this is a Doobie Brothers album, after all, and they've long ago found a way to reconcile the two sides of their musical personality. If there isn't much reinvention to be found on Southbound, that's fine: the record was meant as an open-hearted celebration of the Doobies' biggest hits and that's precisely what it delivers.