Ricky Martin's second English-language album Sound Loaded did not fare nearly as well as its earth-shattering predecessor, even though the quality of the material is probably one notch higher. Several reasons could be given for this, but the most obvious is lousy marketing. First, the album's lead-off single, the electrifying (and terribly titled) "She Bangs" (arguably one of the best songs of 2000), which failed to make the U.S. Top Ten, wasn't even released as a commercial single. Second, the album's follow-up, "Nobody Wants to Be Lonely," was remixed and refashioned into a duet with red-hot Anglo-Latina vixen Christina Aguilera -- the album version is solo Ricky, and features largely acoustic accompaniment, as opposed to the remix's more bombastic instrumentation. Unbelievably, the version with Christina Aguilera wasn't released as a commercial single. Instead, the album was re-released with a single of the song clumsily attached to it (with a rubber band, no less). In other words, most of Ricky's fans, who had already bought the album, would have had to purchase it all over again in order to have the hit version of the song. And thirdly, the set's final single, "Loaded" (which was actually released commercially, indicating a base level of intelligence on the label's part), bore more than a striking resemblance to his breakthrough hit "Livin' la Vida Loca," but, by the time of its release, the magic had petered off. Those factors aside, the album is a lushly produced set, with more Latin-flavored dance cuts, such as the fun, Santana-ish "Amor," the smoldering, string-enhanced "Jezabel," the endearing "If You Ever Saw Her," and the sizzling Spanish-language track "Cambia La Piel." The ballads, however, tend to weigh the album down, such as the unmemorable "Come to Me" and "The Touch." And, finally, Latin loverman clichés abound, which bring down otherwise fine tracks such as "Saint Tropez" and the gypsy-tinged, slightly bizarre "One Night Man." Infinitely better marketing and less reliance on clichés will hopefully translate into better sales for Ricky Martin's future English-language albums, but, for the time being, Sound Loaded, an otherwise fine album (and exquisitely produced), will go down in history as something of an undeserved flop. 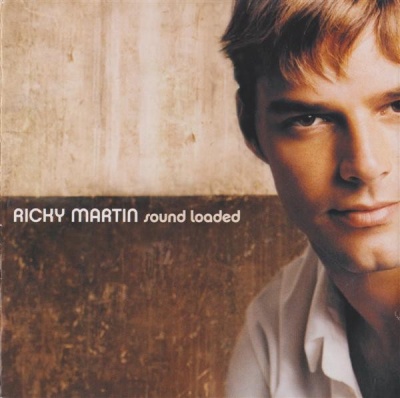