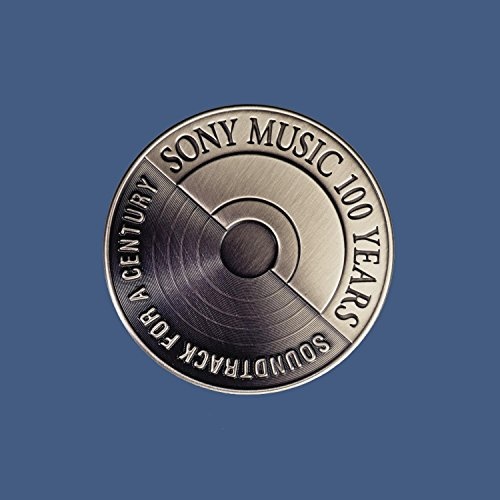 To commemorate the end of the century, Sony Music assembled the gargantuan 26-disc box set Sony Music 100 Years: Soundtrack for a Century. The title was imposing, as was the idea behind it -- to chronicle the life of the oldest record label in the music industry. To be clear, Sony Music has not existed for 100 years, but the heart of its catalog, Columbia Records, was founded early in the 20th century. Sony acquired Columbia and its various subsidiaries in the late '80s, purchasing one of the richest catalogs in pop history, as the box set proves again and again. Sony realized that most consumers wouldn't invest in a 26-disc box, no matter how impressive it was, so they simultaneously released a series of 12 genre-specific double-disc sets that culled highlights from the box. That left two discs exclusive to the box, which was appropriate, since anyone who spends over 300 dollars on an album deserves a little bonus. As it turns out, those two discs aren't the only bonus on this 547-track collection. Sony Music 100 Years also boasts a 308-page, hardcover, full-color book that essentially tells the history of pop music and the recording industry in the 20th century through one group of labels. That's what the music does too -- and it does so remarkably well. There may not be any Beatles or Stones here, and some genres may be given short shrift -- electric blues and prog rock, for example, never had much of a showcase at Columbia and its subsidiaries -- but the amazing thing is that they're not missed, because the set tells the basic history, providing narratives in each genre. It's certainly a herculean task getting through the entire set, but it's hard not to be impressed, even overwhelmed, at the end result. If any one album tells the history of pop music -- albeit in the course of 26 discs -- it's this one. That doesn't mean it's essential for every music library, since most serious collectors will have much of this material, but that doesn't diminish the set and its accomplishment. Sony Music 100 Years really does present the history of pop music in a reasonably concise fashion -- and it proves that no other label, not even Warner Brothers, could manage such a feat.