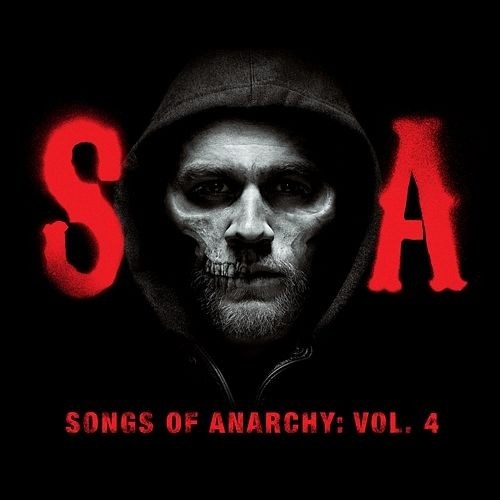 The fourth volume of music from the iconic television series is easily its most diverse. House band the Forest Rangers, who will be familiar to fans of the series, back a variety of singers including Billy Valentine, Franky Perez (Apocalyptica), Audra Mae, White Buffalo, Ed Sheeran, Katey Sagal (who played Gemma Teller Morrow), Joshua James, and Gabe Witcher. The set is primarily comprised of classic rock and pop covers. The set opener is an audacious, ragged but right version of Queen's "Bohemian Rhapsody," with White Buffalo, Valentine, and Perez all taking turns out front. Other unusual readings include pop standards such as "Never My Love" and "Age of Aquarius/Let the Sun Shine In," with Joshua James joining Valentine as frontman of the Forest Rangers on the latter). Sagal offers a haunting read of the traditional "Greensleeves." The dark, bluesy "Make It Rain" was written by Irish singer/songwriter Foy Vance and is performed passionately by his friend Sheeran. Valentine's delivery of Dillon O'Brien's and Bob Thiele, Jr.'s retro soul tune "Blue Angel" sounds like it came straight from Muscle Shoals and could have been recorded by Eddie Hinton; it's the best vocal performance on the album. Perez delivers a punk rock version of "I Can't Help Falling in Love with You" that derives more from the Lick the Tins read than Elvis'. Amos Lee leads the Forest Rangers on an atmospheric reading of Bob Dylan's "Boots of Spanish Leather" that could have been produced by Daniel Lanois. The best gets saved for last, however. "Come Join the Murder" was co-written by White Buffalo (Jake Smith) with Kurt Sutter and Bob Thiele, Jr. It's a fitting send-off for not just this volume, but for the Shakespearean series. With its dark lyrics and striking production, it offers solace and acceptance for life's misfits and outcasts. The song is so fine it belongs on a White Buffalo album.