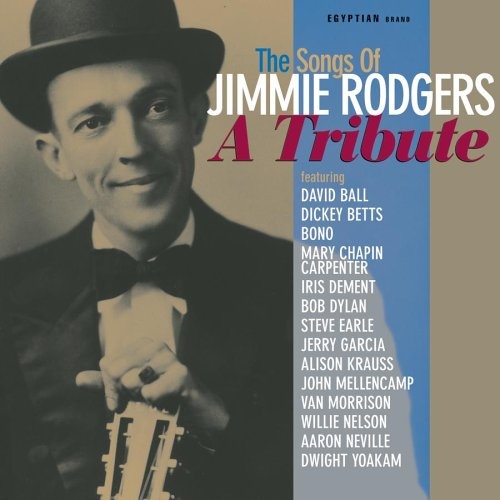 Because it was assembled with more care than most tribute records, The Songs of Jimmie Rodgers: A Tribute is better than most tributes, yet it is still far from perfect. Bob Dylan assembled the record as the first release on his Egyptian record label, and his presence is felt. The Songs of Jimmie Rodgers is filled with A-level artists, including Dylan, Van Morrison, Mary Chapin Carpenter, Bono, John Mellencamp, Willie Nelson, Steve Earle, Alison Krauss, Dwight Yoakam and Jerry Garcia, in his last recorded studio performance. All these artists demonstrate affection for Rodgers, yet about half of the songs sound studied, not inspired. Still, the best moments -- Earle rocking through "In the Jailhouse Now," Nelson's "Peach Pickin' Time Down in Georgia," Dylan's "Sweet Liza Jane" -- do everything they should: they deliver a great performance that is enjoyable on its own terms, yet makes you want to go back to the original artist.