Songs of Ireland and Beyond Review

The Clancy Brothers' early success in the U.S. dovetailed with the 1960s folk boom, during which time countless American folk groups sang Irish songs in fake Irish accents. The folk audience must have thought at some point, why not listen to the real deal for a change? The Clancy Brothers were in the right place at the right time to fill that niche. Their jaunty, spirited approach to traditional Irish songs echoed the style of the Kingston Trio, and gave otherwise specialized material broader appeal. Songs of Ireland and Beyond is a short anthology of the group's Columbia recordings from 1961-1968 that includes nothing from their biggest album, In Person at Carnegie Hall, and only one cut from their second-biggest charter, The First Hurrah! The collection is thematic to the extent that it features songs about locations around the world, from the "Congo River" and "South Australia" to the "Banks of Sicily." There's traditional fare, of course, but also the wry political commentary of "God Bless England" and the Tommy Makem original "Farewell to Carlingford." Buyers wanting a conventional best-of devoted to the group's Columbia recordings should look for Sony's The Best of the Clancy Brothers & Tommy Makem. 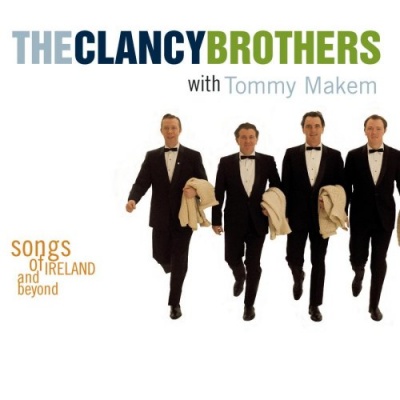 Songs of Ireland and Beyond Album Information