Featuring the smash hit "A Puro Dolor" which helped put Son by Four on the map, their 2000 self-titled release is a pan-Latin dance party not to be missed. Silky Latin pop vocalization, with more than a little R&B, against the backdrop of sophisticated modern salsa arrangements places this vocal quartet among the hipper artists practicing their craft today. Son by Four have found the perfect balance between modern urban influence and maintenance of tradition. They are unquestionably salseros, Latinos, and yet definitely belong to their own generation. Even the group's Spanglish name tips its hat to their mixed aesthetic, equal parts outdoor salsa festival and Nueva York club scene. The production rivals the best in the business, and the arrangements are a cut above the commercial standard. Though "A Puro Dolor" set an impossibly high standard for the rest of the playlist, having spent a year at number one, it by no means overshadows the other tracks. Though there weren't any other big singles on the record, every cut is of a similar quality. Unlike most Latin pop sensations, Son by Four deserves another look. There's plenty beneath the surface. 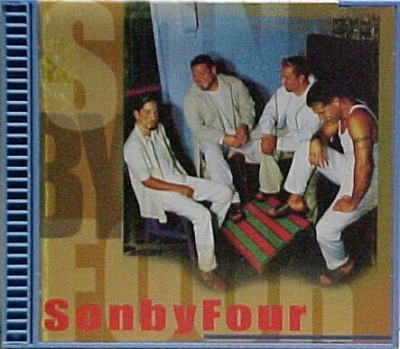