The Vienna Philharmonic's 2017 Sommernachtskonzert or Summer Night Concert was recorded on May 25 at Schönbrunn Castle and was on the streets before the summer was even out, so if you saw the concert and it's still fresh in your mind, here you go. These concerts are major events of the Viennese summer, with attendance upwards of 100,000, and to an extent, they consist of giving the people what they want. The conductorship rotates among different A-listers, and for 2017 Christoph Eschenbach was invited back just three years after his 2014 appearance, and perhaps he felt justified in experimenting a bit; even the traditional closing-number Wiener-Blut is gone. The results are generally good. The superstar on hand is soprano Renée Fleming, and the album is worth the purchase price for the pair of Dvorák arias she sings at the beginning. Sample "Mesicku na Nebi Hlubokem," from Rusalka, for a taste of the still-considerable Fleming magic. The rather dark Rachmaninov pieces in the middle of the program were perhaps a less-inspired choice, although you can see where Eschenbach was going with Sumerki (Twilight) just corresponding with the end of the long Viennese summer evening. Things pick up again with the unexpected and certainly unconventional pairing of John Williams and Stravinsky's The Firebird toward the end, and Smetana's "Dance of the Comedians" from The Bartered Bride makes a fresh encore that fits this rather Slavic Wiener Sommernacht. An offbeat choice in the series, nicely recorded at the acoustically unforgiving Schloss by the Berlin Teldex engineering team. 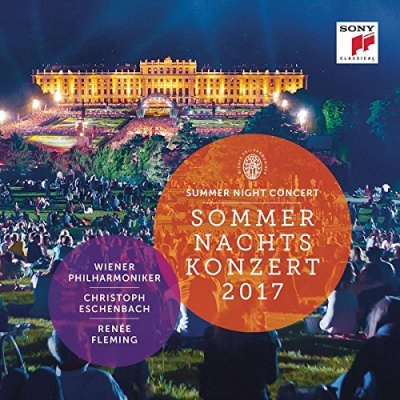