Something About You Review

Angela Bofill enjoyed surprising commercial success with her first two albums, Angie and Angel of the Night, produced by contemporary jazz executives Dave Grusin and Larry Rosen for their GRP label, distributed by Arista. She then jumped to Arista proper (causing some bad blood with GRP) to try for a deliberate jazz-pop crossover on her third album, which was produced by Narada Michael Walden and shepherded by Arista president Clive Davis, who took an executive producer credit. Davis canvassed the publishing world for likely hit songs, then Walden put together a studio team to create a smooth, sophisticated sound that would, it was hoped, work for pop, R&B, and adult contemporary radio as well as setting feet moving in the discos. In practice, it didn't work out that way. The title track, with a lush disco arrangement, arrived as a single after disco had faded, though it, like second single "Holdin' Out for Love," a professional song by professional songwriters Cynthia Weil and Tom Snow, managed to peak in the R&B Top 40. With those calling cards, the album was able to register only a Top 20 R&B/Top 100 pop showing, not as high as Angel of the Night, as Bofill's contemporary jazz fans deserted her in droves for her commercial sellout. This is a shame, since, however compromised its goals, much of Something About You is effective early-'80s jazz-pop, and Bofill sings powerfully throughout. Particularly impressive are the ballads "Break It to Me Gently" and "Time to Say Goodbye." 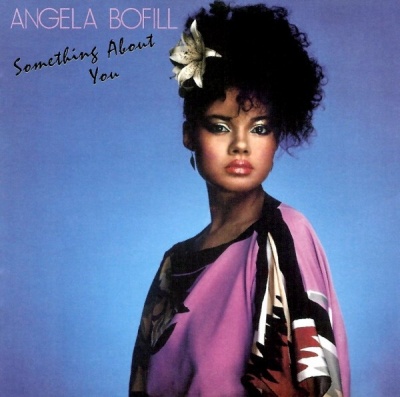 Something About You Album Information