Someone to Watch Over Me Review

Susan Boyle’s third album, Someone to Watch Over Me, isn’t markedly different than her first or her second, the seasonal The Gift, for that matter. All three were produced by Steve Mac -- the man who helmed record-shattering LPs by Il Divo along with a bevy of hits by British pop groups and graduates of the Idol franchises on both sides of the Atlantic -- all three are so stately they border on somnolent, the speeds never once flirting with midtempo, the tenor of the timbre measured and mannered. Close listening reveals Someone to Watch Over Me isn’t quite as orchestral heavy as The Gift, lending this a slight airiness, but this is cut from the same cloth as its predecessors: show tunes and standards rest comfortably next to reinterpreted modern classics, this time Depeche Mode’s “Enjoy the Silence” and Tears for Fears’ “Mad World.” Boyle isn’t an interpreter, necessarily, finding new meanings of songs; instead, the songs are pitched toward her specific skills, so there’s an inevitable sameness to her albums, as they all consist of slow, pretty versions of songs you know by heart. It may not be a formula to convert the skeptics, but it is sure to please the devoted. 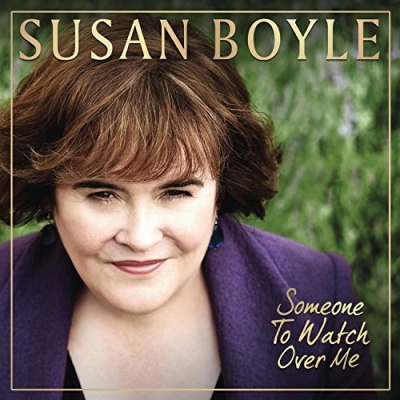 Someone to Watch Over Me Album Information