Having already won an Emmy for her stints in Pushing Daises and Glee, and a Tony Award for her leading roles in You're A Good Man, Charlie Brown and Wicked, Broadway veteran Kristin Chenoweth could well have to make room on her mantelpiece for a Grammy with her fourth studio album, Some Lessons Learned. Eschewing the musical standards of her 2001 debut, Let Yourself Go and the Christian AOR of 2005's As I Am (although the latter's "Borrowed Angels" does appear here in a slightly altered version), the follow-up to her holiday-themed A Lovely Way to Spend Christmas, sees the versatile singer/actress instead go back to her roots on 13 tracks inspired by the country songs she used to sing while growing up in Oklahoma. It's a change in direction which perfectly suits her distinctive nasal twang, especially on the more uptempo numbers, such as the tongue-in-cheek search for unconditional love of "I Want Somebody (Bitch About)," the radio-friendly Shania Twain-esque "What More Do You Want," and the jaunty, old-fashioned honky tonk of "I Didn't." But unsurprisingly, she's just as adept on the slower numbers, as she emotively croons her way through the gentle, steel guitar-laden "God and Me," the fingerpicking acoustics of "Fathers and Daughters," and the faithful cover of Carrie Underwood's "Lessons Learned." Recorded in Nashville with producer Bob Ezrin (Pink Floyd, Peter Gabriel), in between her performances in the Broadway revival of Promises, Promises, Chenoweth, perhaps understandably, occasionally fails to leave her show tune background behind, particularly on the soft rock power ballads "I Was Here" and "What If We Never," which sound like the kind of show stoppers Kurt and Rachel would belt out at the end of a Glee episode. But the spirit of childhood hero Dolly Parton is never far behind, as evident on an affectionate, lilting rendition of "Change" (from her 1996 album Something Special) and "What Would Dolly Do?," a self-penned tribute to the country icon packed with toe-tapping rhythms, doo wop vocals, and rockabilly riffs. Her most high-profile release to date, Some Lessons Learned is a convincing first attempt to embrace the mainstream, which suggests that Chenoweth can now add authentic country-pop singer to the list of her many talents. 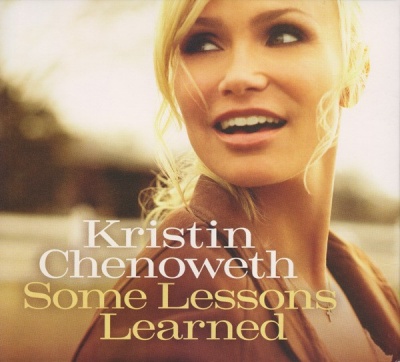