It wouldn't seem that a solo album from Dave Matthews would be all that different from a Dave Matthews Band album, since he's not only the singer/songwriter/guitarist; he leads the band and gives it its very name. That assumption turns out to be incorrect, since Some Devil sounds and feels much different than any DMB effort. With Some Devil, Matthews has turned in a brooding, moody album that attempts to extend the breakthrough of Busted Stuff, which signaled a considerable leap forward for Matthews as a songwriter and musician, finding him tackling darker territory. Here, he turns up the darkness even more, but loses the fluid musicality that came with DMB's loose-limbed jams. In a way, it's an attempt to shore up his credentials as a singer/songwriter, something that has always been overshadowed by his brood's status as jam-band favorites, and Some Devil certainly feels more at home among modern singer/songwriters from John Mayer to Rufus Wainwright than it does next to the String Cheese Incident. Even though he's cut a lot of fat off his songs, he still favors meandering to directness, which combined with the deliberately somber mood of the album means this often sounds like Automatic for the People as written and performed by Sting. The end results are a bit unwieldy, perhaps, and not always successful, but it is interesting and certainly different than a Dave Matthews Band record. Most importantly, even if it is a rather modest success, Some Devil does showcase a continued growth for Matthews as a songwriter. 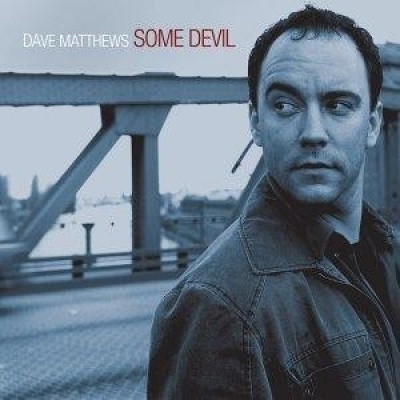