Some Days Are Diamonds Review

This is a very lush and processed sounding recording that includes some of John Denver's later work. Mostly covers and songs written by other polished songwriters, the material doesn't tread on any magical grounds. The tune "San Francisco Mabel Joy," a story of a 21-year-old Waycross, GA, a farm boy, a jail, and finding refuge and comfort in a California girl, is probably the song that expresses the deepest lyrical response. Denver manages to drop in two originals of his own, "Sleepin' Alone" and "Country Love," though the songs don't resemble the high-octane country-rock and well-written folk ballads of old. The production of this record is done quite well, with clear resonance and a shade of dynamics ringing through each tune. Perhaps this album may be highly regarded, overworked, and over-produced. The background singers and band are the weakness. Though they are talented, they seem to be the backbone and support for a record with weakly arranged songs. This would not be a good listen for fans of John Denver's older, more poetic, and natural material. Do give credit, though, to the fans for sticking by John Denver all this time. Some Days Are Diamonds can be taken as a record with some sustaining power for an artist who continued to sustain his successful career for close to three decades. 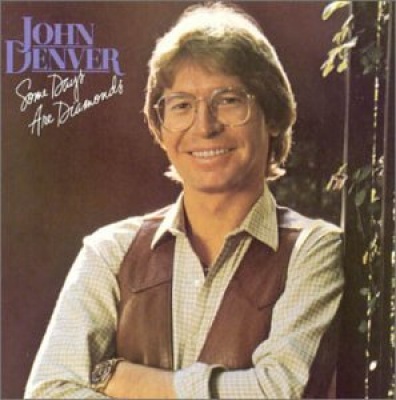 Some Days Are Diamonds Album Information