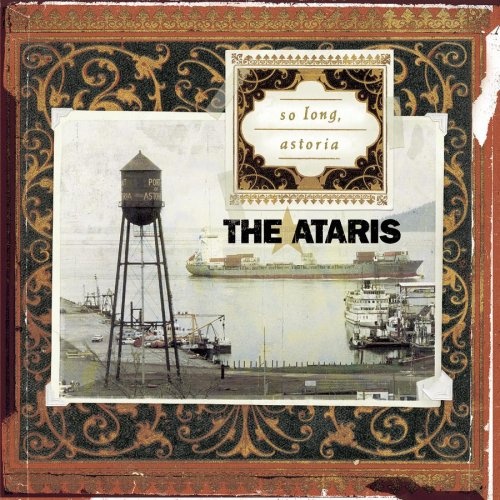 Kris Roe, leader of the Ataris, would seem a little young for nostalgia, but So Long, Astoria (its title referring to Astoria, OR, the town in the 1985 film The Goonies) is his musical version of a memory play, a series of reflections on his youth in the late '70s and '80s. Roe, who grew up in Anderson, IN, and moved to Santa Barbara, CA, to pursue his rock & roll dreams, reminisces fondly about adolescence in songs like "Summer '79" and addresses his own young fans in "My Reply." The Ataris' fourth full-length album of new material and their major-label debut on Columbia Records, So Long, Astoria is, musically, another collection of typical speed punk tunes, virtually indistinguishable from the work of Green Day and blink-182, not to mention dozens of other similar bands. It is only Roe's lyrical identity that makes the band's songs stand out, and you only pick up on those lyrics on repeated listenings. When you do, Roe's sentimentality stands in contrast to the music's aggression, but he doesn't really have much insight into his memories. The idea of covering Don Henley's "The Boys of Summer" as a punk anthem has promise, but when Roe revises the famous line about the "Deadhead sticker on a Cadillac" by referring to Black Flag, he strikes a false note. Henley's observation was telling because it was true; Roe's is only cute because it scans. There's the problem when your memories are so infused with the movies you watched and the music you listened to -- they tend to sound secondhand. And when you set it to music already slavishly imitative of your betters, the problem is compounded.