As suggested by its title, Snoop Dogg Presents Bible of Love is not so much a Snoop Dogg album as it is a collection of tunes by gospel, blues, R&B, and hip-hop musicians handpicked by Snoop himself. Presiding as musical minister over this congregation, Snoop recruited an impressive roster of the faithful, hopping on only nine of 32 tracks while allowing his guests to express themselves with minimal intrusion. Without profanity or suggestive content, Bible of Love focuses on uplifting and earnest dedications to Christ and personal transformation through faith. Even on Snoop's material, he remains virtuous, with bouncy production similar to his past fun-loving collaborations with Pharrell Williams. There's a redemptive quality to the effort, especially considering his past legal troubles, which adds heft to an otherwise head-scratching release. He duets with Texan gospel singer Kim Burrell on "Sunshine Feel Good" and Sly on the Frank Ocean-esque "Sunrise," later balancing pastor Rance Allen's booming voice with his trademark languid drawl on "Blessing Me Again." Mostly, Bible of Love is a showcase for other artists. In addition to lesser-known mainstream names like singer/songwriter Mali Music and hip-hop producer Jazze Pha, icons like Patti LaBelle and Charlie Wilson share their own expressions. Snoop's cousin Daz Dillinger also makes an appearance, but the usually hardcore rapper welcomes the Spirit on the vulnerable, Sly-assisted "Chizzle." This may be a new side of Snoop for fans expecting more "Gin and Juice" or "Drop It Like It's Hot" -- make no mistake, this is not the place for a typical Snoop D-O-double-G affair -- but there's enough heartfelt conviction on Bible of Love to at least dispel confusion for the length of these nearly three-dozen songs. Indeed, when absorbing the entirety of Bible of Love, one might almost forget about the "Snoop Dogg" label. Bible of Love is an admirable turn for the former Doggfather -- now grandfather -- and serves as a wholesome but inessential addition to Snoop's protean catalog. 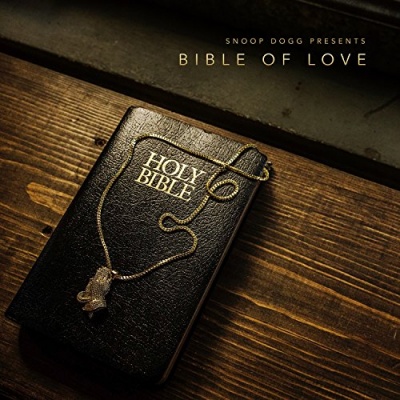