Disregard the understated title; Small Talk at 125th and Lenox was a volcanic upheaval of intellectualism and social critique, recorded live in a New York nightclub with only bongos and conga to back the street poet. Here Scott-Heron introduced some of his most biting material, including the landmark "The Revolution Will Not Be Televised" as well as his single most polemical moment: the angry race warning "Enough." Still, he balances the tone and mood well, ranging from direct broadsides to clever satire. He introduces "Whitey on the Moon" with a bemused air ("wanting to give credit where credit is due"), then launches into a diatribe concerning living conditions for the neglected on earth while those racing to the moon receive millions of taxpayer dollars. On "Evolution (And Flashback)," Scott-Heron laments the setbacks of the civil rights movement and provides a capsule history of his race, ending sharply with these words: "In 1960, I was a negro, and then Malcolm came along/Yes, but some nigger shot Malcolm down, though the bitter truth lives on/Well, now I am a black man, and though I still go second class/Whereas once I wanted the white man's love, now he can kiss my ass." The only sour note comes on a brush with homophobia, "The Subject Was Faggots." 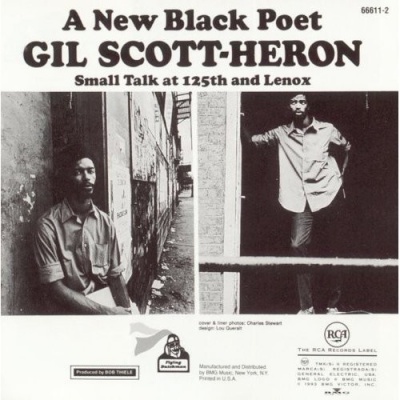