Deep Purple went through more than their share of personnel changes over the years. In 1990, their lineup consisted of guitarist Ritchie Blackmore (who had returned to the Purple fold in 1984 after leaving the band to form Rainbow following the release of Stormbringer in November 1974), singer Joe Lynn Turner, keyboardist/organist Jon Lord, drummer Ian Paice, and bassist Roger Glover. Longtime Purple followers continued to hope that Blackmore -- who made promising contributions to the sound of 1984's reunion LP Perfect Strangers -- would help the band to reclaim the metal throne, but Slaves and Masters was hardly the album to further the cause. The songwriting is weak and pedestrian, and most of the time, the once-mighty Purple (who were at least 16 years past their prime) sound like a generic Foreigner wannabe. Even Blackmore's input can't save this consistently disappointing CD, which only the most thorough collectors will want. 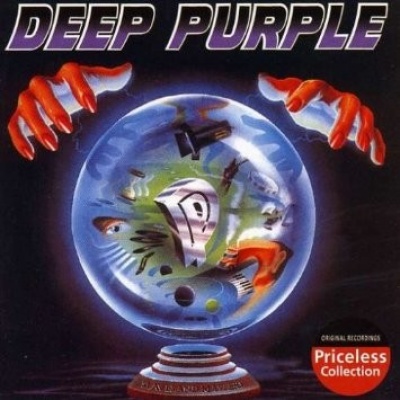