Clive Davis signed Aretha Franklin to Arista in 1980 and helped pull the queen of soul out of a commercial slump. Through timely collaborations with the likes of Arif Mardin, Luther Vandross, and Narada Michael Walden, Aretha scored six consecutive Top Ten R&B albums, all as part of Davis' roster. Davis left Arista in 2000. Aretha followed shortly thereafter, released a Christmas album, and had difficulty finding a distributor for her self-released A Woman Falling Out of Love, most likely her least popular studio album. In 2014, Aretha and Davis reunited for this all-covers affair. The latter once again rolled out the red carpet. Babyface and Antonio Dixon produced most of the songs, while the list of background vocalists and instrumentalists, including Cissy Houston, Tawatha Agee, Fonzi Thornton, and Greg Phillinganes, is bound to excite old heads. If there's one positive thing that can be said about the results, it's that Aretha sounds like she had a ball. The energy she put into these versions helps make up for the vocal shortcomings and audible use of Auto-Tune. She could have played it simple and straight, yet she clearly enjoyed the recording process, from melismatic accents to an abundance of personalized touches, such as the "raggedy hooptie" added to "Midnight Train to Georgia," and the "ham hocks and greens" thrown into a swinging André 3000-produced "Nothing Compares 2 U." Some of the creative moves are very questionable. Her take on Adele's "Rolling in the Deep" oddly incorporates "Ain't No Mountain High Enough," a Motown classic opposite in sentiment. Gloria Gaynor's "I Will Survive" -- "Beat it! Get to steppin'! Keep it movin'! Get on down the road, all right?" -- involves a diversion into Destiny's Child's "Survivor" -- a better match when it comes to subject matter, but there's an awkward transition over incongruous booming bass and strings. High on star power and exuberance, this is an album nonetheless highlighted by a reggae makeover of Alicia Keys' "No One." 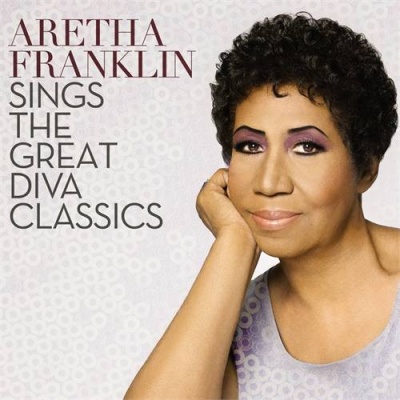