Next to Coldplay, no other band was as successful in disseminating post-Britpop in the early 2000s as the Scottish four-piece Travis. Ironically, starting out as a neo-trad rock outfit on its 1997 debut album, Good Feeling, the band soon experienced a kind of soft rock epiphany and by its 1999 follow-up, The Man Who, was pursuing a decidedly more low-key acoustic sound. Centered around the delicately sanguine vocals of Fran Healy, Travis found radio-friendly currency with such melancholy anthems as "Why Does It Always Rain On Me?," "Sing," and "Flowers in the Window." However, despite a knack for catchy melodies and heartfelt lyrical sentiments, Travis albums often have a "samey" quality, which makes Singles such a pleasant addition to the band's catalog. Featuring every one of Travis' singles -- including the aforementioned hits -- as well as a new cut, Singles works as a great introduction to the band, hitting all the high points while avoiding any mid-album filler. Of course, some memorable album tracks like "Safe" can't technically be included here, and fans will have to wait for the inevitable "best-of" disc for a more complete Travis picture. Until then, Singles will do just fine, thanks. 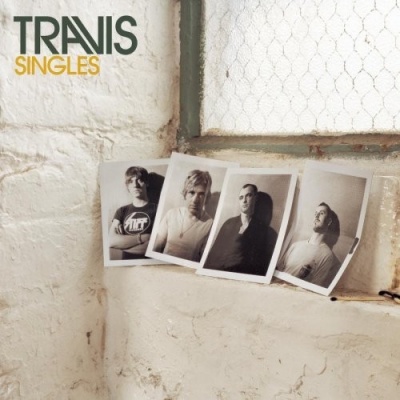